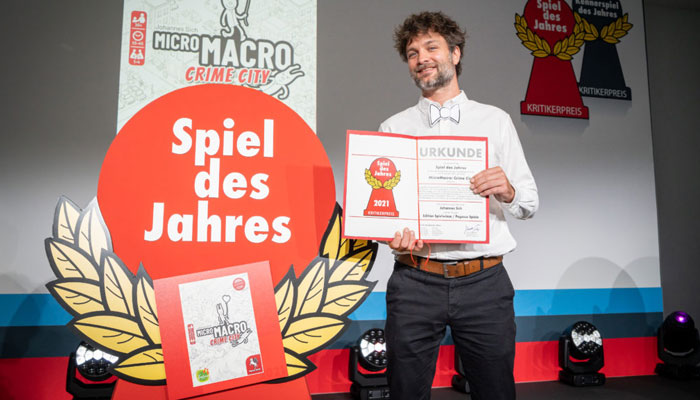 The game comes with a giant city map, filled to the brim with characters, crimes and clues. Players have to scour the map to discover crime scenes, seek out suspects and, ultimately, crack 16 cases of increasing difficulty.

“A large black-and-white poster and a few cards – that’s all MicroMacro: Crime City needs to captivate players,” read a statement from the Spiel des Jahres judges.

“When they lean in over the table to take in the whole scene, you can cut the tension with a knife. Everyone’s eyes flit over the city map, trying to reveal new information about the crime. Heated discussions between players about motives and evidence can created truly unforgettable moments.”

You can read our interview with Johannes about the development of the game here.