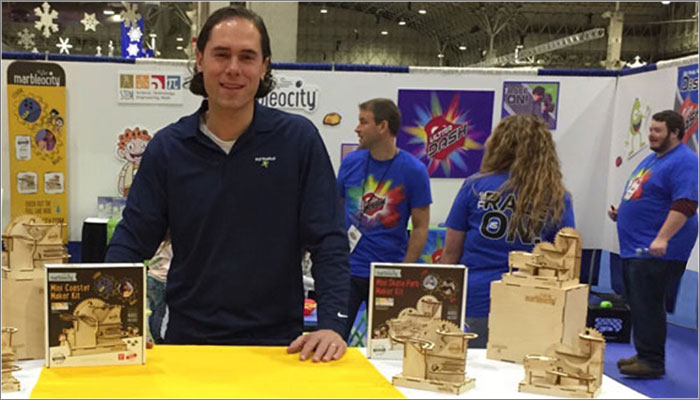 Adam, thanks for making time. How are you holding up in the current climate?
Well, the current situation brings to mind another favourite quote of mine from the singer Joe Walsh, “I can’t complain, but sometimes I still do.”

Ha! That’s cute. Is that a song lyric?
Yes; from song Life’s Been Good. I’ve always liked Joe’s sentiment. It’s meant to be tongue-in-cheek but it sort of justifies a human instinct we all have. Big picture, I feel very fortunate and I don’t take it for granted. But global health concerns, election fatigue, wildfires… It all takes a low-grade toll. Maybe it’s ok to grouse just a little bit. Not always. Just sometimes.

I hear you. I think a lot of people are feeling squirrelly – in the UK too, with our second lockdown… On that point, I know you recently found escape-room games like Alcatraz are good to play online – presuming each party has a copy. Are there other games that work?
You know, I put some thought into this early in the pandemic and found that it was more difficult to make this work, even for seemingly simple games… Love Letter comes to mind. What’s nice about puzzle-type games – the one you’re referring to is the first in our new Break In series – is that the game mechanic works as well, if not better, remotely. 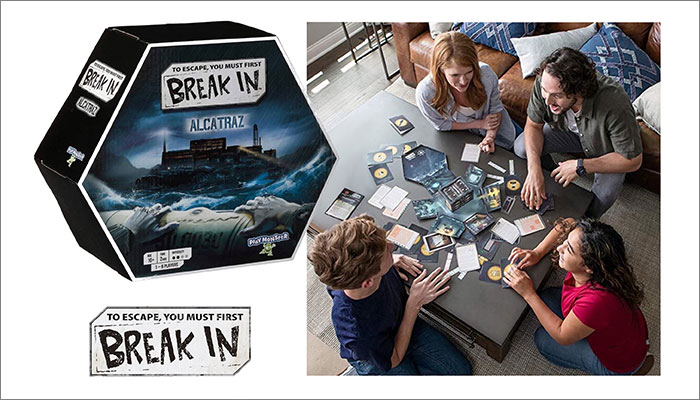 Interesting. Why is that?
I think largely because two copies of the game gives players the ability to spread out and read identical clues or other written information simultaneously. This setup is infinitely extensible. One could play with four couples, in four countries, for example. Pretty cool – and good for sales!

One thing we can’t play remotely, though, is appearing on a lot of “must-have-for-Christmas” lists here in the UK: Drone Home. To what degree has it exceeded your expectations?
I have a loaded answer to this question, which is to say it has met expectations… And that those expectations were extremely high! I see a lot of kid’s skill and action game concepts, and – while many are intriguing – almost all rely on retreads of existing gameplay and payoff mechanics.

But not Drone Home?!
Not Drone Home! Drone Home is so different and so eye-catching to the target audience that we knew it would stand out in a very competitive field. And, gratefully, we were right! Drone Home is selling briskly and was nominated for a Toy of the Year Award. 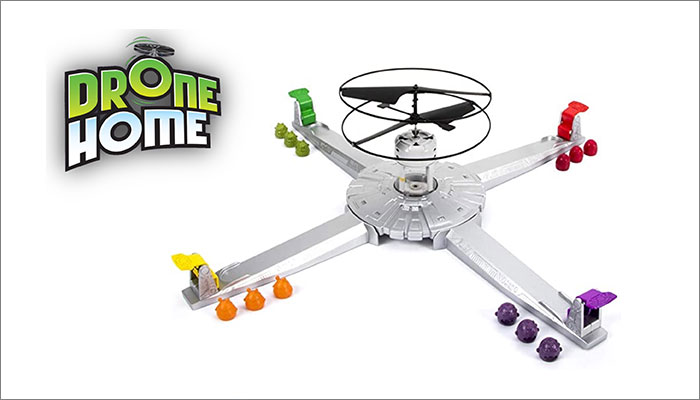 Oh, I hope it wins! I love it. Tell me: when you looked at that game in its earliest stages, what drew you to it?
Drone Home is special in so many ways. It checked all the boxes – there’s real skill involved in the game, as opposed to just luck; it involves offensive and defensive gameplay, the theme is evergreen and the payoff… Well, there has never been one as good as this, in my opinion.

Wow. That’s high praise… One of the inventors, lovely Don Ullman, told us how it came about. From your perspective, how did it develop?
Indeed, this is a Don Ullman concept, in conjunction with one of his long-term partners, Jose Leal. In fact, the original game sketch concept and first prototype that were presented to us were not all that different from the final game. The alien theme was original to the presentation, although we changed the name to highlight the drone, hence the play on words, Drone Home. 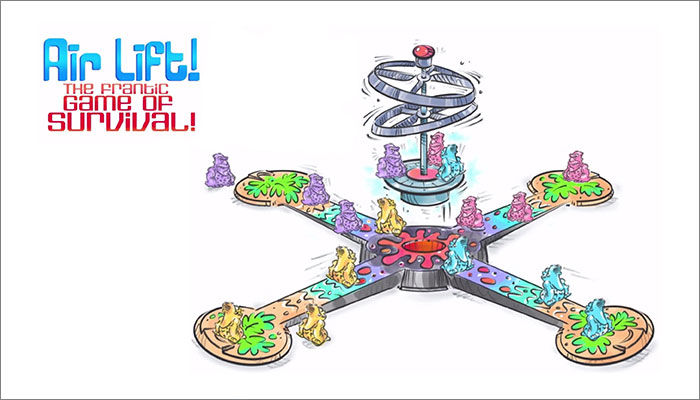 But it was substantially the same?
Yes; the root gameplay was 90% intact when we licensed this, although our team added the paddle flippers. The aliens were originally propelled by flicking your finger. However, we spent a lot of time with this game in R&D, given the complexity and the competitive price point – the all-too-familiar $19.99 which we’ve talked about before, Deej…

Yes; we’ll put a link in to that here; your view on price point is really interesting. You spent a lot of time on R&D, though?
Yes. Getting the drone to fly straight and within a consistent range of flight heights was a fun product-development challenge. That was driven by our team members, Ron Hayes and Ayush Amin. Bob Wann himself advocated heavily for the name although it was coined by Jennifer Petsche. For my part, there is protectable IP in this game and I drove the patent-application process and wrote much of that myself. For better or worse, inventor relations is only one aspect of my day-to-day responsibility at PlayMonster! 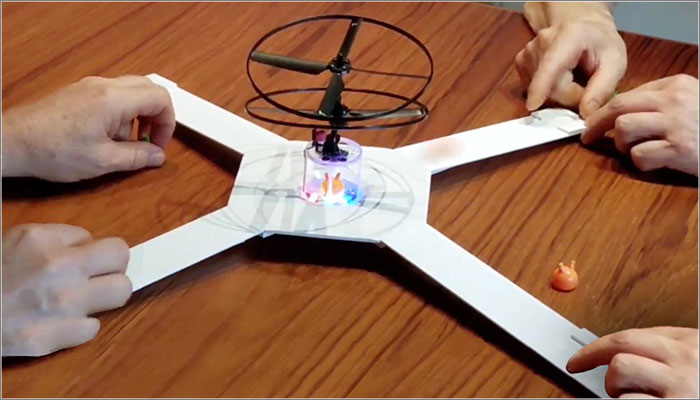 To that end, you took part in the Mojo Pitch earlier this year. Naturally, it was virtual! How does that sort of thing work for you online? What’s the best thing about it? And the worst?
The Mojo Pitch 2020 definitely felt different than the live event in 2019. Pros? Technical glitches aside – there were some growing pains here – it’s a very efficient way to meet lots of inventors and to see lots of different pitches. In many ways it’s easier, or certainly more “efficient”. A sizzle video or other presentation materials are presented full-screen right on my own laptop. And there is little to no delay between meetings…

Yes; no one’s sprinting up the corridor with a flop sweat!
Right! But in the “con” column, it was a long three days without the socialisation breaks for coffee, lunch, keynotes and evening gatherings that make events like this special. I enjoy connecting with the inventor community in person and I miss running into my industry peers in inventor relations. In 2019 we were the last to leave London and found ourselves out for some really bad sushi at an urban mall in London. But it was fun, and I remember that outing fondly. 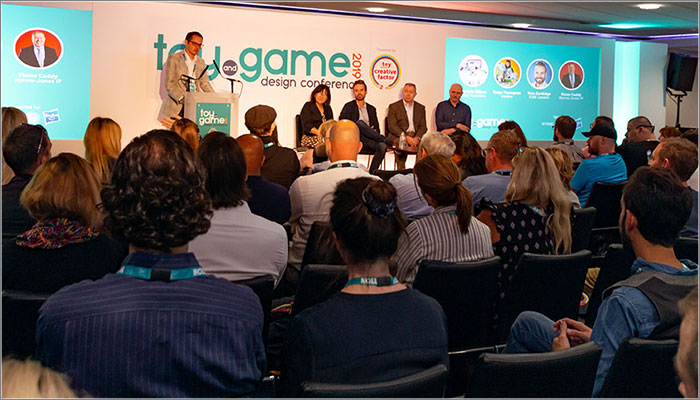 Sounds delightfully grim! Last time we chatted, you spoke about a JFK speech, centred on going to the moon… You liked the idea of throwing down and picking up a gauntlet, I think. What gauntlet are you picking up currently?
Deej, the reality is that the answer to your question is… Life in America in these times. Refer to my Joe Walsh quote! Again, I consider myself very lucky, and I don’t take it for granted. But there’s a lot to grapple with right now. So what does one do? I say to myself, this is the challenge with which we’ve been presented. Grab that gauntlet and run.

Grab the Gauntlet and Run! That could be the answer to my final question! I was going to ask: what you would you call your autobiography?!
I would call it, Vell, Adam’s Just ’zis Guy, You Know? The reference is getting more obscure with every passing year, but hopefully at least the British set recognises it!

That IS an obscure reference! People can google it, though, so we’ll leave it there. Great speaking, Adam; so long and thanks…
Ha! They can google both of them… Well played, Deej. 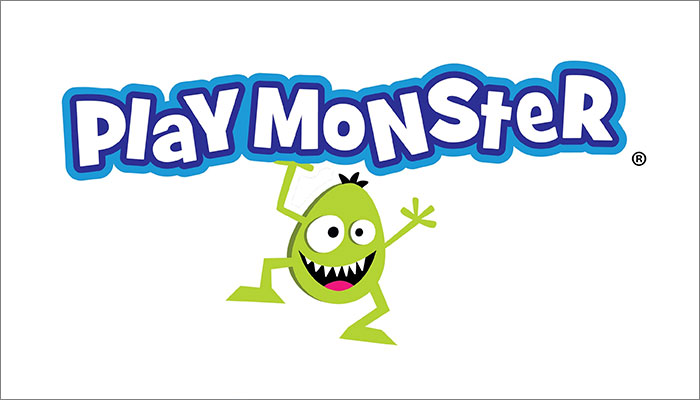 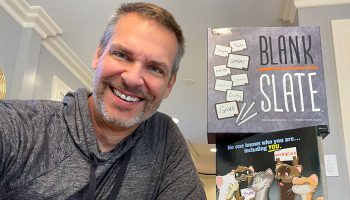 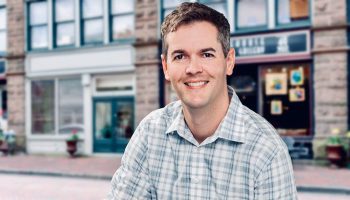 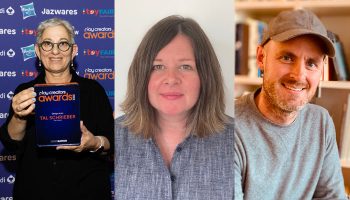 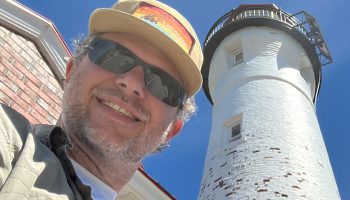 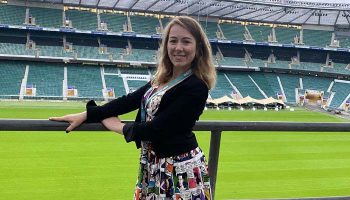